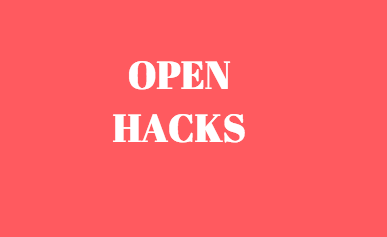 You are not your resume. You are your work.

I did altMBA in January of this year. It’s intensive, life changing and I’ve missed it. You take a prompt and have limited time to ship it, often after a day’s work. So you have to embrace the fear and find the flow.

I’ve just done a prompt with a cohort of 4 of us, who have never met, in 70 minutes. It’s pretty incredible what you can achieve when you go with it. Thanks for today Sisi, Patrick and Arko.

The prompt was about a brilliant initiative called ‘Open Hiring’. It’s being led by a company called Greyston Bakery in NY. The following is taken from the prompt directly….

If you’ve ever had Ben & Jerry’s brownie ice cream, you’ve benefited from open hiring. All the brownies (millions a year) are baked by the Greyston Bakery in Yonkers, NY. The team at Greyston has a simple approach to hiring: next person in line gets the job.

That’s it. You sign up, and months later, when there’s an opening, you’re hired.

Transformational. Democratic. Life-changing. Watch this video if you want to hear from someone who’s been impacted by this.

We were tasked with looking at ways to spread the open hiring idea to other organisations, through their Centre for Open Hiring, so it can scale and more people can be impacted.

For companies to really take this idea on you need to form trust, quickly. So we thought Open Hacks could be a way to attract early adopters initially, so there’s a format and structure to it. CEO’s get involved in the Open Hacks too, so participants get paired with them for exposure.

We’d gamify the process with micro rewards and transparency, so there’s competition among employers. Who can employ the fastest?

The campaign is employers without borders.

Things to think about

We’d need to think about how to make a game/process easy to integrate within a corporate environment. To remove the barriers to sharing.

How we show this visually on a (global) map? For transparency and to encourage other companies to join (or miss out).

How do we monitor social impact?

Could CEOs give incentives to suppliers who adopt the practice? Could CEOs challenge other CEO’s? Thanks for this idea Christine Baese

Who are we targeting?

a) Companies with high churn or seasonal work

We’d start with companies who struggle to hire enough people and train them; companies who have high turnover and then tell their story.

Getting companies to stick with it involves demonstrating early success and social proof. Here’s a great resource pool they can tap into. Open Hack gives them that vehicle.

Often people who might have been incarcerated or may be unemployable think differently and are entrepreneurial.

So we’d also focus on CEO’s who are looking at innovation and sustainability. We could show how this benefits their bottom line.

It will also make their company look better and particularly in a commoditised world, it gives people a reason to choose their company over others. It’s a differentiator.

There’s potentially funding they could receive for the roles i.e in USA companies can get up to $9,600/yr first 2 years for hiring previously incarcerated.

Often people don’t want to commit crime, there’s no other way. This provides them with that. Dion Drew is the proof. If companies keep people out of prison that’s a huge benefit to governments and the public (in terms of reduction in spend). Why not put that money to incentivise companies to run these Open Hack programmes and create job opportunities instead.

And if you’re a CEO or hiring manager please leave a comment if you want to get involved! Are you an employer without borders?

What did it remind us of?